The Faculty of International Relations, Prague University of Economics and Business has been organizing annual conference dedicated to the discussion on the Czech Republic’s competitiveness and its future in the changing global environment since 2014.

This year´s topic is Supply Chains and New Normal After Pandemic.

Working language of the conference is English. 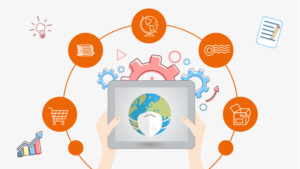 15:45 ECONOMIC DOWNTURNS AND PANDEMIC. HOW TO GET OUT OF IT?
Prague University of Economics and Business

Beata Javorcik, Chief Economist of the European Bank for Reconstruction and Development

Michal Kořan, President of the Board and founder of the Global Arena Research Institute

17:00 Coffee Break
17:30 SUPPLY CHAINS: THEIR STRENGHTS AND WEAKNESSES IN THE CONTEXT OF THE (POST) PANDEMIC WORLD
Prague University of Economics and Business

Josef Taušer, Dean of the Faculty of International Relations, VŠE

He is author of numerous papers in journals with impact factor, co-author of 3 books, and of another 17 peer-reviewed articles. He participated in international and national scientific projects and is a member of the executive boards 5 academic journals. Josef is also member of the Board at the Academy of Business, CEE Chapter (AIB-CEE).

Roman Chlupatý is Partner and Global Strategist at boutique consultancy Save & Capital. He specializes in the global economy, politics and the intersection of these two worlds. Roman has lived, worked and studied in Prague, Toronto, Aarhus, Amsterdam and London; he currently resides in Berlin. He is co-author of The Evolution of Money published in 2016 by Columbia University Press and author of four other books focused on the changing landscape of economics and the political economy, which have been published in six languages, including Mandarin. Roman serves as advisor to the private sector and state institutions. He has given lectures at various universities throughout Europe and worked as a teaching assistant at the University of Toronto. He has discussed how and why the world does or does not work with advisors to American presidents, heads of global corporations as well as Karen rebels at the Burmese-Thai border.

Mr. Dlouhý was Deputy Prime Minister (1989-1990) in the first non-communist Czechoslovak Government. Holding the key economic portfolios of Minister of Economy (1990-1992) and Minister of Industry and Trade (1992-1997), he was then on the frontline of the Czech Republic’s transformation from centrally planned to open, export-oriented and industrially developed market economy.

After he occupied high-level positions in the private sector. He has worked in advisory and supervisory positions in major international companies such as Goldman Sachs, Rolls-Royce, Telefonica O2, ABB or Meridiam SAS. From 2009 to 2018, he also served as non-executive director of KSK Power Ventur in Hyderabad, India.

Since 2014 to date, Mr. Dlouhý has been President of the Czech Chamber of Commerce, the largest organisation representing the Czech Republic’s business community. As of 2019, he also serves as Deputy President of EUROCHAMBRES, the Association of European Chambers of Commerce and Industry that represents over 20 million businesses in 44 countries.

Dlouhý studied economics at the University of Economics in Prague (computations in mathematical economic) and graduated in 1977. Between 1977 and 1978, he studied MBA at the Catholic University in Leuven in Belgium.

In 1983, he earned the degree of a candidate of science at at the University of Economics in Prague.

Martin Jahn was born in Prague, Czech Republic, in 1970.In 1994, he received a master’s degree in Foreign Trade and International Relations from the University of Economics in Prague. In 1999, he completed an MBA programme in marketing at the DePaul University in Chicago.

From 1994 to 2004, Jahn worked for CzechInvest, the Czech government agency for foreign investment.

He was Deputy Prime Minister for Economic Affairs in the Czech Republic between 2004 and 2006. In 2006, he started working in industry at ŠKODA AUTO a.s. in Mladá Boleslav as Board Member for Human Resources. In 2008, Jahn was appointed Managing Director of Volkswagen Group NSC in Moscow, Russia, where he was responsible for Group Sales.

From 2016, he worked in China as Executive Vice President for Sales & Marketing and Managing Director of the Volkswagen brand at FAW-VW. Jahn has been Board Member for Sales and Marketing at ŠKODA AUTO a.s. since March 2021.

Beata Smarzynska Javorcik is a Polish economist who is currently a Chief Economist at the European Bank for Reconstruction and Development (EBRD).She is the first woman who holds this position. Beata Javorcik is also the first woman to hold a statutory professorship in Economics at the University of Oxford. She is a former senior economist at the Development Economics Research Group of the World Bank, where prior to this position she served as a Country Economist for Azerbaijan, Europe, and Central Asia Region and involved in research activities regarding lending operations and policy advice to these countries. She is also a program director of International Trade and Regional Economics Programme at the Centre for Economic Policy Research in London. Her involvement in other affiliations include Royal Economic Society London, CESifo Munich, International Growth Centre London, and Centre for Research on Globalization and Economic Policy at the University of Nottingham.

In 1994, Javorcik graduated from the University of Rochester with Bachelor of Arts in Economics. She earned a Ph.D. in Economics from Yale University, where she studied International Trade and Development Economics.

Michal Kořan is the President of the Board and founder of the Global Arena Research Institute an Assistant Professor at the Faculty of Social Sciences, Masaryk University in Brno, where he received his Ph.D. in 2008.  His professional focus revolves around issues of globalization, technology, global politics, and security. Previously, he was mostly focused on issues related to the Central European region. In 2017 and 2018, he has served as a Deputy Executive Director of the Aspen Institute Central Europe. Until June 2017, he was a Senior Research Fellow at the Institute of International Relations based in Prague (Czech Republic) where he previously acted as a Deputy Director (2013 – 2016) and a Head of Research (2009 – 2013). In 2012, he was a Fulbright Visiting Scholar at the Weatherhead Center for International Affairs at the Harvard University.

His texts has been published, among others, in journals European Security, Osteuropa, Perspectives, Journal of International Relations and Development and in publishing houses Palgrave, Routledge or Rowman and Littlefield.

Sébastien Miroudot is Senior Trade Policy Analyst in the Trade in Services Division of the OECD Trade and Agriculture Directorate. Previously he was research assistant at Groupe d’Economie Mondialeand taught in the master’s degree programme at Sciences Po, Paris. His research interests include trade in services and the trade policy implications of global value chains. He currently works at the OECD on the measurement of trade in value-added terms and the construction of a Services Trade Restrictiveness Index. He holds a PhD in international economics from Sciences Po.

At ETH Zurich’s Chair of Logistics Management, Bublu is Associate Director Programs of the HumOSCM Lab. She is also a partner at e3 associates International, a boutique consulting firm.

Bublu is a specialist in innovation diffusion and technology transfer. She looks back on over 20 years of industry experience. At Hewlett-​Packard in Germany, she worked as an internal supply chain consultant, instructor, and program manager. This followed the 10 years of experience in IT and process consulting, working with multinational clients from heavy manufacturing, consumer packaged goods, and the telecommunications industry. Over the past years, she has gained extensive teaching and research experience in the area of humanitarian operations and supply chain management.

Her work on humanitarian operations and supply chain management has been published in Production Planning & Control, Industrial Engineer, or Logistics Innovation. 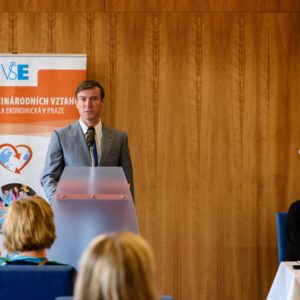 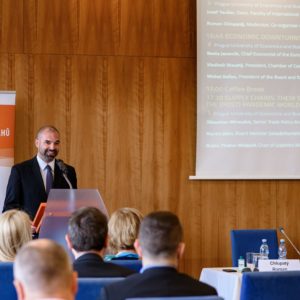 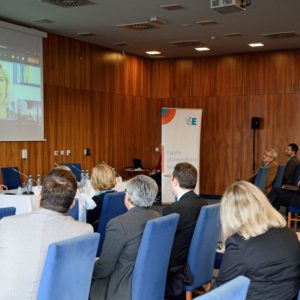 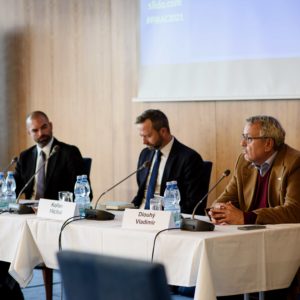 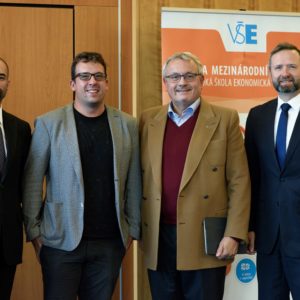 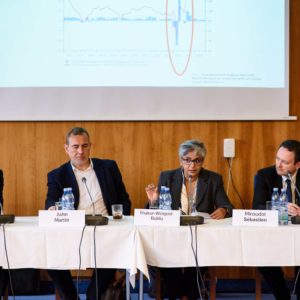 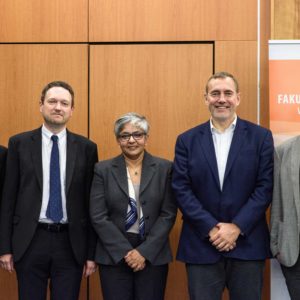 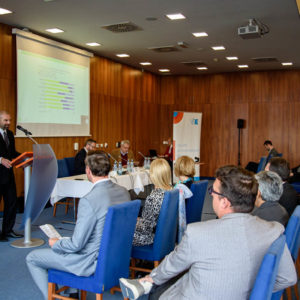 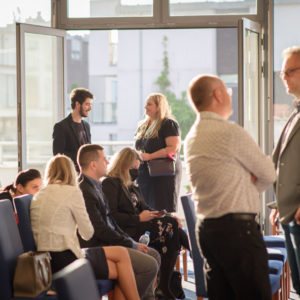 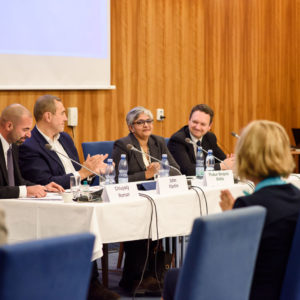 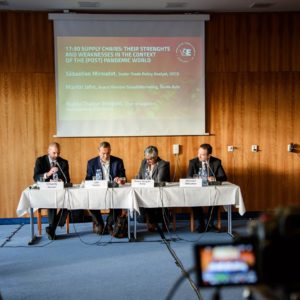 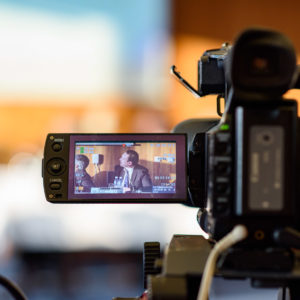 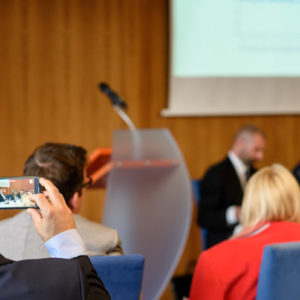 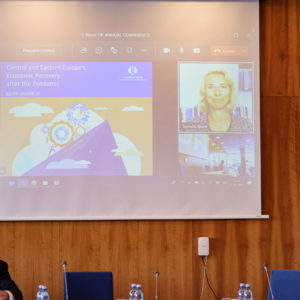 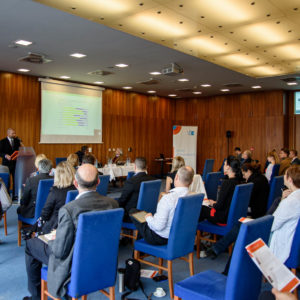